From the email archives: I’m begging you to read this and learn from my mistake(s)

How would you feel? Would it cripple your business or would you say ‘meh, I’ve got other channels to use, no biggie’. Or would you come to the sudden realization (like I did) that you literally took NO ACTION to build a proper contact list (and a backup of that too) so that you could communicate with your friends, family, clients, and referral partners if Facebook goes down or like it did to me, smashed the ‘banned’ hammer down for no apparent reason…

The craziest part of this whole four month debacle is that there is no rhyme or reason to why I was banned and how I regained access. I tried everything. I had other people send messages to business support, I opened a second account (you’re not supposed to do this) and an ad account so that I could try to reach advertiser support, I tweeted them, I instagram messaged them, I commented on other platforms anywhere I could, I joined reddit and asked for advice there, I created support tickets with Facebook portal (yes I have a portal device that I couldn’t even use), and I even created a ticket with Oculus support to say I wanted to buy a device but couldn’t since they disabled my FB account. Oh… I also opened a BBB complaint in the california department which they randomly closed after 4 messages, each a week or more apart asking for the SAME INFORMATION three times before saying, ‘oh sorry, we can’t help you with that’.

I basically gave up.

I had a conversation yesterday with a good friend and fellow agency owner and we swapped stories about other people he knows that this has happened to. Everyone gave up as well or tried to rebuild from scratch. But… the Facebook algorithm and bots are smart, like… crazy smart. If you try to open another account, it knows your IP address, it will be instantly deleted. You try to open it on a computer or phone you have already used for your account? Yep you guessed it, it will be gone for that too. There’s literally no winning. But something I did I guess somehow triggered something and this morning I woke up to a lovely surprise…

Here’s the thing though, I’m legitimately terrified that I will lose access again because those Facebook bots (their ‘AI’) are still on a banning spree, so here’s what I am doing today, and I strongly suggest you do the same if you’re one of those that would have their business paralyzed by no access to Facebook (and Instagram). So in my case, I thought about what I would absolutely NEED if I suddenly lost access and never had the option to regain what I had on Facebook.

I would be crushed to lose all of the precious photos of my kids and family, so that was number one for me to download. I selected: ‘photos and videos’, ‘friends list’, and ‘pages’ I like and am admin in.

Here’s what I am doing with that information:

Photos – saving the ones I want into my google drive account (I create photo books with these so I always have them around to look at – what’s the point of these photos if we don’t ever look at them?)

Friends list – I put the names of friends in a spreadsheet (google sheets) and I am committing to spending half an hour each day to do three things with this list:

Pages I like am an admin on – any page that I don’t need access to anymore I contact the page owner to remove me (or I remove myself if I can). It’s always good practice to check in on who has access to your page and get rid of people who no longer need access.

Pro-tip: always have more than one admin on your page so that if something happens to your account the other admin can still help you post to your page and respond to messages etc. The pages I still need access to I have to do an audit to see if there are other people that SHOULDN’t be on there.

So – there you have it. I hope you can learn from my mistake(s). My business’s social media plan was not bulletproof and that’s pretty embarrassing for someone who writes other people’s social media content for a living.

It’s all about protecting what you have, and creating a back-up system for that ‘what if’ that could become a reality faster than you think.

If you don’t have multiple social media channels I would strongly encourage you to set them up and push your content to those channels as well ‘just in case’, and I would also make sure you have contact info for your peeps so you can continue to communicate with them (just like this email) if you couldn’t reach them on Facebook or Instagram.

My loss is your gain. Don’t let it happen to you 🙂

Vision: To empower and contribute to the growth of Canadian small business owners and their employees.

Mission: To support small businesses and their employees by providing professional and affordable marketing solutions that facilitate growth and trust of their businesses in their local marketplace. 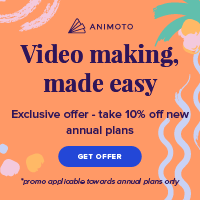